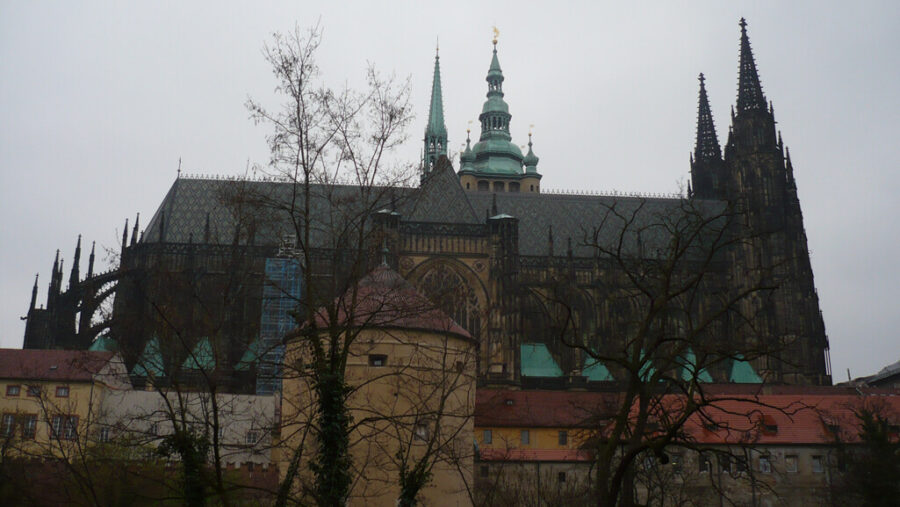 Prague is one the most idyllic towns in central Europe. It lies in the northwestern part of the country, next to the Vltava river. The city has about 1.2 million residents.

The city is full of sights one should see. The Jewish ghetto in Josefov, the pubs of the Old Town, the Franz Kafka museum, Charle’s Bridge, the Prague Castle, the Spanish synagogue in the Jewish quarter and the Kampa island with its art museum are some of the marvelous sights one can witness.

What to do and see in Prague

What To Do And See In Prague

The Old Town of Prague is included in the UNESCO World Heritage List. Around the square of the region are the Týn Church, St Nichola’s Church, the Golz-Kinsky Palace and the Old Town Hall. In the middle of the square there is a monument of the theologian Jan Hus. Some other sights are, for example, the Powder Tower, the Celétne Ulice (Celétna Street) and the Smetana Museum.

Tourism is centered in the region of the Old Town. Alongs its small streets there are several souvenir shops, restaurants and beer houses. New Town (Nové Město) lies to the south of Old Town, and serves as the business center of Prague. The heart of the region is Wenceslas Square (Václavské náměstí), which has witnessed many historical events, for example the Velvet Revolution. There are several important attractions along as well as on the square, like the National Museum and the equestrian statue of the Czech Patron Saint, St. Wenceslaus. The New Town Hall is located on the Charles Square. The Jewish Quarter is located to the north of the area. The most popular sight in the Quarter is the Old Jewish Cemetery. There are approximately 12 000 gravestones. What constitutes Prague today used to be four cities in before the 18th century. One of them was Hradčany, home to the Prague Castle, which has been reconstructed several times. The construction of the city started with the castle. Some sights in the Castle area are St. George´s Covent, St. George´s Basilica, the Old Royal Palace, the Cathedral of St. Vitus and the Golden Lane with its craftsmen’s houses.

On the opposite shore of the Vltava River there is the Little Quarter (Malá Strana) with its many Baroque palaces. The most significant sights in the area are the Church of St. Nicholas and the Nerudova Street. Some important attractions outside the city center are the Vyšehrad Castle, the Basilica of St Peter and St Paul, the Prague Zoo, the Benedictine monastery Břevnov and the Troja Palace. There is also a scale model of the Eiffel Tower in the area.

The most popular museums in the city are the National Museum (Národní muzeum), the Lapidárium, the Antonín Dvořák Museum (Muzeum Antonína Dvořáka) and the Bedřich Smetana Museum (Muzeum Bedřicha Smetany). Muzeum hlavního města Prahy familiarizes visitors with the history of Prague. The Alfons Mucha Museum, the Jewish Museum and the Beer Museum are also famous. Villa Bertramka displays the life of Wolfgang Amadeus Mozart. Culture enthusiasts should visit the National Theatre (Národní divadlo), the State Opera (Státní opera) and the avant-garde theatre Laterna Magica with its movies, music, ballet and pantomime.

The Prague Castle was built in the Middle Ages. According to the Guinness World Records it is the biggest ancient castle in the world. On average it is 570 meters long and 128 meters wide. The total area is 7.3 hectares.

The castle was built by the order of prince Bořivoj in the 9th century. The castle has been reconstructed for several times. Its history is full of fires and occupations, but in spite of it all, several original buildings and constructions remain. From 1918 and onwards the castle has served as the residence of the president of the former Republic of Czechoslovakia and the current Czech Republic. The changing of the guards takes place in front of the gates each hour. At noon a fanfare is played during the ceremony.

The Cathedral Of St. Vitus

The Cathedral of St. Vitus (Katedrála svatého Víta) isn’t far from the Prague Castle. The cathedral is the largest and most significant religious building in the Czech Republic and applies Gothic style in its design. The construction of the first church was started by the assignment of the Bohemian King St. Wenceslaus I in925. It was enlarged to a three nave Basilica in the 1060s. The construction of the modern cathedral started during the reign of Charles IV in 1344. It was designed by Matthias of Arras and Peter Parler. The work was finally ended after almost six hundred years in 1929, when the glass paintings made by Alfons Mucha were completed. There are several graves of kings and clerics from several centuries in the church and in the crypt under it.

The Old Town Hall (Staroměstská radnice) is located in the heart of Prague, on the side of Old Town Square (Staroměstské námestí). The construction started in 1338, and the 70 metres tall tower was completed at the end of the 14th century. The building has been renewed and made bigger several times after that. For example, the southern wing built in Renaissance style dates from the 17th century. The Neo-Gothic eastern wing was built in the 19th century, but it was wrecked during the Second World War in 1945.

There is an astronomical clock on the wall of the Town Hall that is one of the most popular sights in Prague. Designed by Jan Sendelin and Micus of Catan, it was built in 1410. It not only displays the correct time but also the locations of the sun and the moon. On even hours twelve apostles step out from the hatch of the clock. At the same time, a skeleton representing death rings the bell and sets the hourglass upside down. After this, a cock wags its wings and crows at the uppermost hollow when the hatches are closed.

The stony and Gothic Charles Bridge (Karlův most) crosses the Vltava River. It is 516 meters long and almost ten meters wide. The bridge consists of 16 arches and connects the Little Quarter and the Old Town of Prague. Nowadays the bridge is pedestrian use only, but in the past it was used by cars and horse- and electric trams.

There is a tower at both ends of the bridge. Both can be climbed to get a gorgeous view of the city. The bridge is nowadays crowded with tourists, rag-and-bone men and street artists. The most uneventful time to walk on the bridge is late at night or early in the morning. The construction of the bridge began in the year 1357 during the reign of King Charles IV.  The work was led by the architect Peter Parler.

The original name of the bridge was Stone Bridge (Kamenný most). Later it was called the Prague Bridge (Pražský most). It got its modern in 1870. On the location of the modern bridge was another stone bridge called Judith Bridge during the years 1172 – 1342. It collapsed because of a flood. In contrast, the Charles Bridge has survived several floods the latest was in 2002. It was the most severe flood in the Czech Republic in 500 years.

There are statues of thirty saints on the bridge, most made by Bohemian sculptors during the years 1863 – 1714. Among these are, for example, the statues of St. John of Nepomuk, St. Vitus, John the Baptist, St. Wenceslaus, Jude Thaddeus and Francis of Assisi. The most popular of the statues is the on of St. John of Nepomuk, a Czech martyr saint. During the reign of King Waclaw IV, he was sentenced to be executed, and was thrown off the bridge. According to the legend touching the statue brings good luck and guarantees you will come to Prague once again.

The national museum was established in 1818 as a museum of natural history. The building was reconstructed in 1890 in Neo-Renaissance style, and it is known as the architectural symbol of national awakening in the Czech Republic. The over 70 meters high museum building lies next to the Waclaw Square. The hallway, the facade and the ramp of the building are decorated with sculptures of famous artists. Inside are several historic works, for example paintings of František Ženíšek, Václav Brožik and Vojtich Hynais. The museum has both temporary and permanent exhibitions. They display archeology, antropology, mineralogy, natural sciences and numismatics. The reconstruction of the museum started in 2011, and is still incomplete at the time of writing, but new areas like the eastern courtyard, the museum dome and an underground connecting tunnel between different parts of the museum have been opened to the public in 2019.

The national theatre was opened in 1881. The opening act was the opera Libuše written by Bedřich Smetana. The theatre represents the Neo-Renaissance style and is designed by Josef Zitek. The building burned two years after its construction, but it was successfully rebuilt within two years. The curtain of the scene is designed by Vojtic Hynais, and the ceiling paintings are made by František Ženíšek. The repertoire of the theatre consists nowadays of ballet, opera and drama. The New Scene of the theatre is designed by Karl Prager in the 1970s. It is made of Cuban marble tiles and glass. It houses the Laterna Magica, which is one of the most popular theatres of Prague.

The International Ruzyne Airport, also known as the Vaclav Havel Airport, serves the region. It is located about 20 kilometers northwest of the city center. Several companies offer flights to this airport from many European countries. Many low-cost airlines also use the airport. The airport can be reached by bus or taxi. It costs 500 – 700 korunas to take a taxi from the airport to the city center. Bus number 119 goes to the Dejvická metro station and number 100 to the Zlicin station. A bus ticket costs 26 korunas and it can be used in the metro as well.

Prague can be reached by train from other Czech cities as well as cities around Europe like Berlin, Wien, Bratislava and Budapest. The main railway station (Hlavní nádraži) is located in New Town, at a walking distance from the most important sights in the city.

How to get around in Prague?