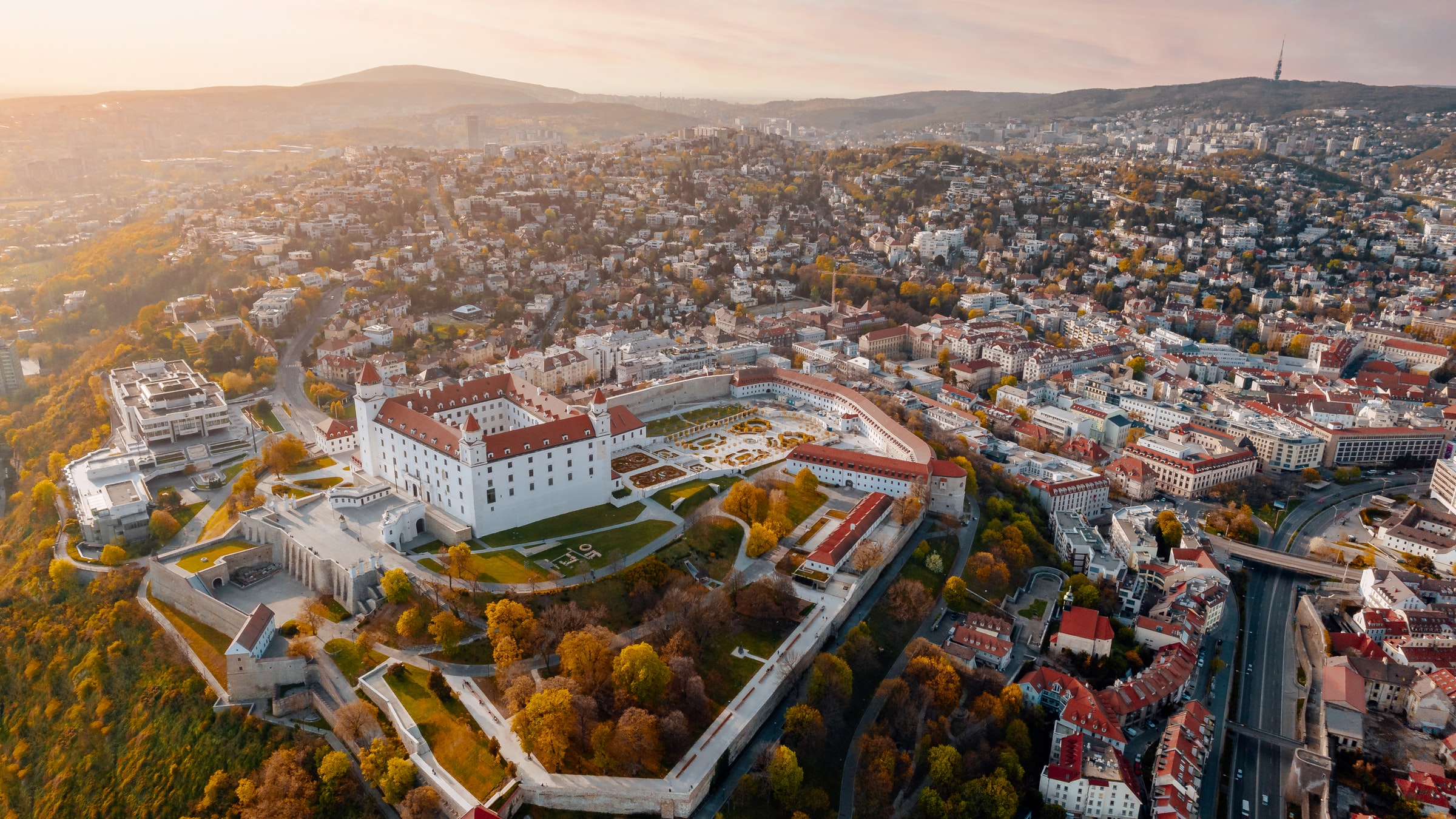 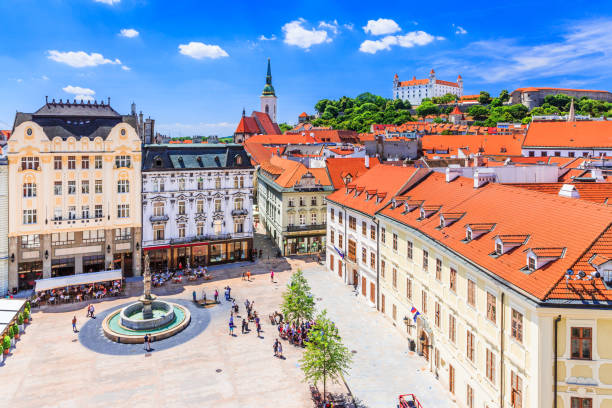 Bratislava is the capital of Slovakia located in the southwestern part of the country and the banks of the Danube. It has appr. 490, 000 residents and its metropolitan area about 660, 000. Celtic Boii tribe constructed the first known fortification here about 200 BC. The city was first mentioned in 907 and through the centuries Bratislava has seen regimes of Great Moravia, Hungary, Habsburgs of Austria-Hungary and Czechoslovakia serving since 1993 as the capital of free Slovakia. 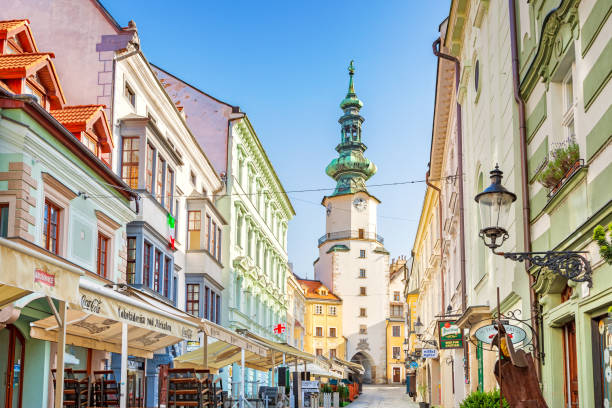 This cable-stayed bridge is the longest in Europe with a span of 303 meters. The bridge is also called the Ufosilla because of its UFO-shaped pylon structure at an altitude of 85 meters. The UFO has a restaurant with great views over Bratislava. 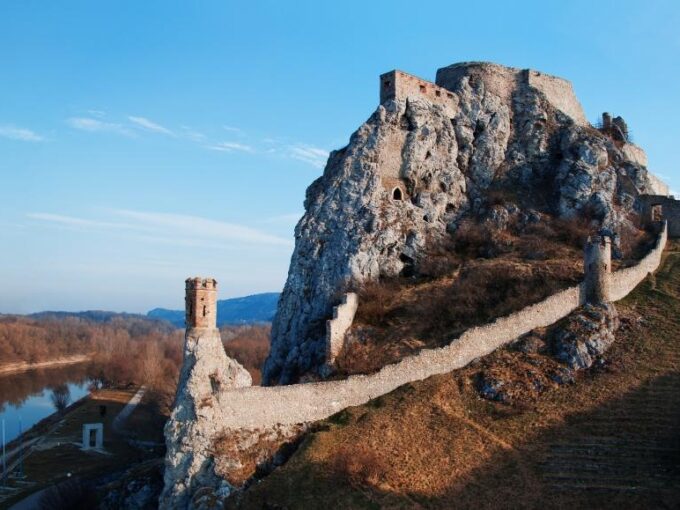 Located a few miles west of Bratislava. Devín Castle ranks among the most important archeological sites in Central Europe. Located at the banks of the Danube, where once the Danube and Amber Roads intersected, it watches over the confluence of the Danube and Morava rivers. Archeological research proves the area was settled about 7000 years ago and has since then been populated by one group or another, almost without interruption until today. Already during prehistory, it was a fortified center of power. During the Roman period the first several brick buildings were erected here. The first written source on Devín dates back to 864 and mentions a “Dowina Castle”. The Great Moravian period saw the erection of a church with colorful interior wall painting on castle grounds. Throughout the Middle Ages the Castle was an important border fortress, often passing from one noble family to another. 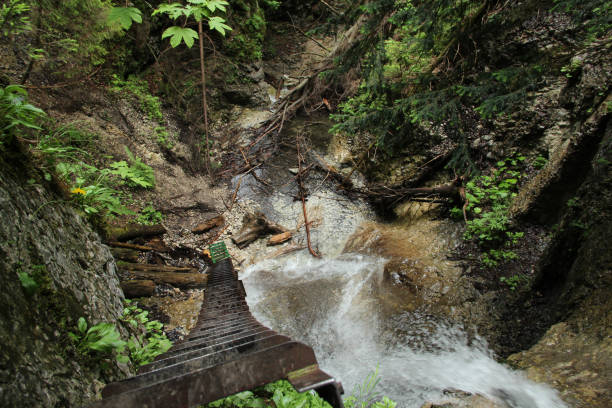 This national park with its rugged landscapes is located in the Slovenský raj mountains and covers an area of 198 km2. Its 300-kilometer network of hiking trails offers opportunities for peaceful wilderness hiking in the mountain air. The park’s finest natural attractions include the Dobšinská Ice Cave, a UNESCO World Heritage Site, the Suchá Belán Gorge and the 70-meter-high Závojový vodopád waterfall. 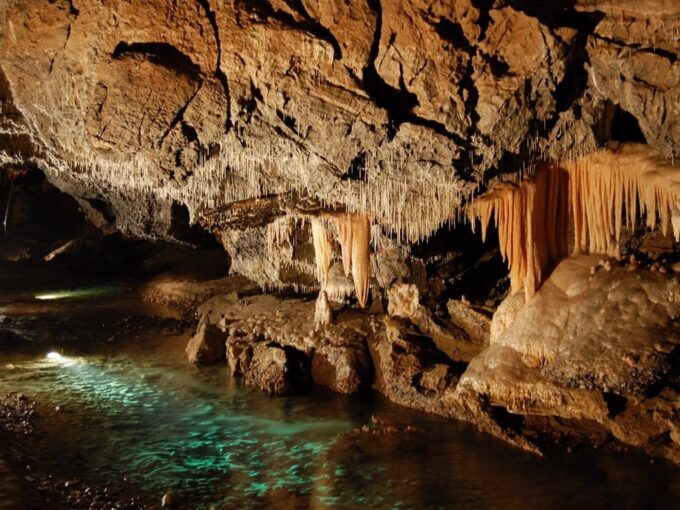 Located in the northern part of the Low Tatra Mountain range and Liptov region, this icy karst cave has attracted visitors since 1933, when it was opened to the public. It is the greatest cave formation in Slovakia. Cave is formed by the underground stream of the Demänovka River. Lower parts of the system have been remarkably filled by ice and it forms stalactites, stalagmites and rugged-looking ice columns. There is also beautiful flowstone formations and domes, highest dome reaching to appr. 40 meters. The temperature in the cave during summer is usually between +0,4°C and +3°C, therefore warm clothing is recommended. 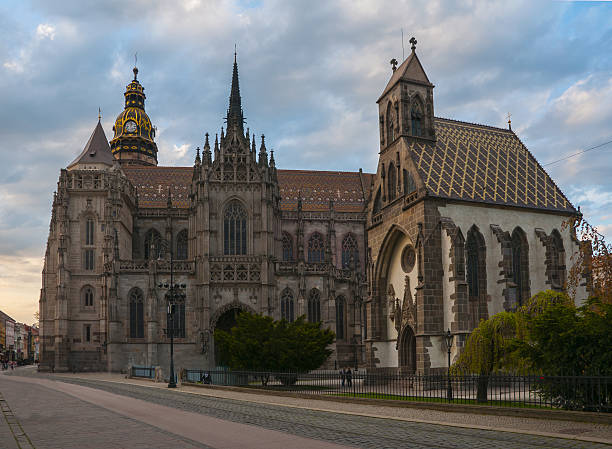 The Gothic Cathedral of St. Elizabeth in Košice is the crown jewel of Slovak religious buildings. Its magnificent embellishments include the coat of arms of the windows and a magnificent altar. 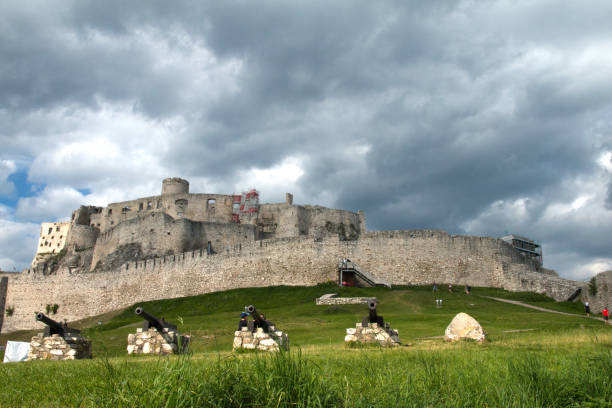 This castle, one of the largest in Europe, has been a UNESCO World Heritage Site since 1993. It was built in the 12th century as the center of power in the county of Szebes under Hungarian rule in the Slovak territories. The castle walls were raised during the 15th century reconstruction. Today, the castle houses a museum where you can see, among other things, medieval instruments of torture. 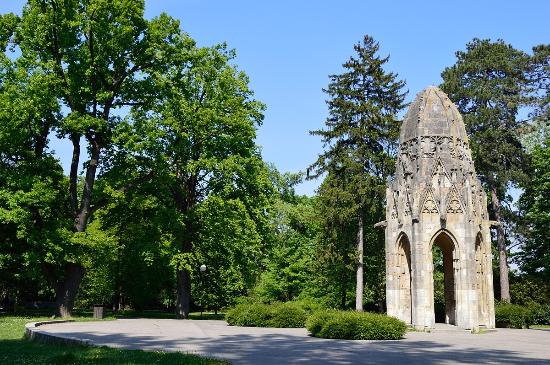 This idyllic area is one of the oldest public parks in Europe. It is located on the banks of the Danube. From the east, the park can be reached from the Old Bridge and from the west from the New Bridge. Landmarks in the park include the statue of Janko Král and the Gotická veža tower. 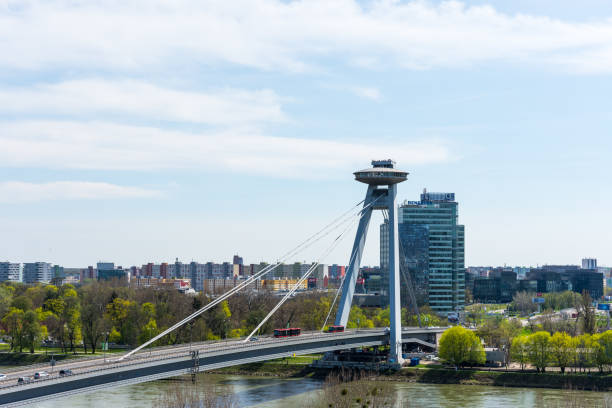 This cable-stayed bridge is the longest in Europe with a span of 303 meters. The bridge is also called the Ufosilla because of its UFO-shaped pylon structure at an altitude of 85 meters. The UFO has a restaurant with great views over Bratislava

Vast nature reserve with a scenic, moderate hike to its lake & traditional mountain chalet. Zelene pleso means “green tarn” and that’s exactly the hue of its crystal clear waters. Located at the end of Bielej Vody valley, this small mountain lake is surrounded by towering peaks that soar one kilometer high above the valley, casting their long shadows on its floor for the biggest part of the day. 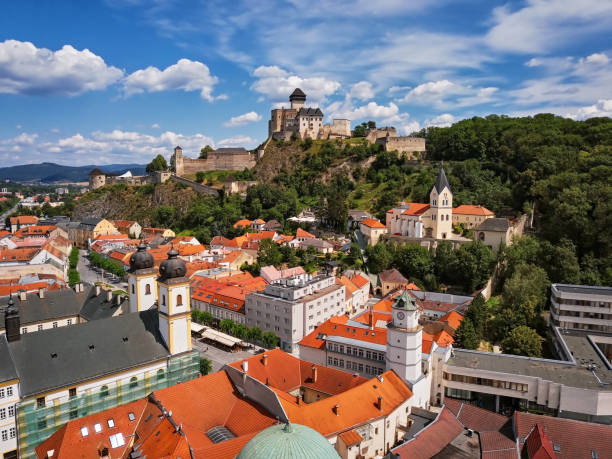 Trenčín is a city in western Slovakia of the central Váh River valley near the Czech border, around 120 km from Bratislava. It has a population of more than 55,000, which makes it the eighth largest municipality of the country and is the seat of the Trenčín Region and the Trenčín District. 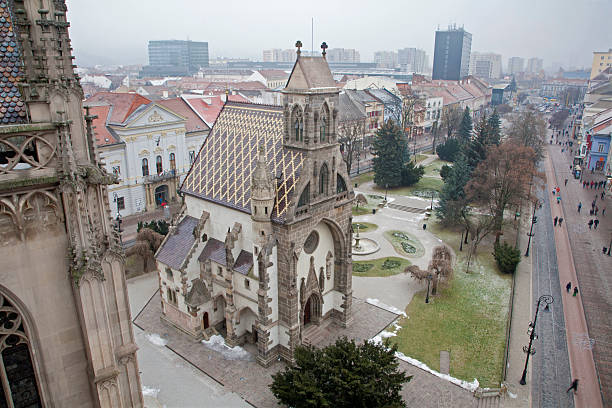 Košice is a centre of the eastern Slovakia and lies on the banks of the Hornád River and is embraced by the Slovak Ore Mountains. It has appr. 240, 000 residents and it is the second largest city in Slovakia after the capital Bratislava. It was the European Capital of Culture in 2013 together with Marseille. 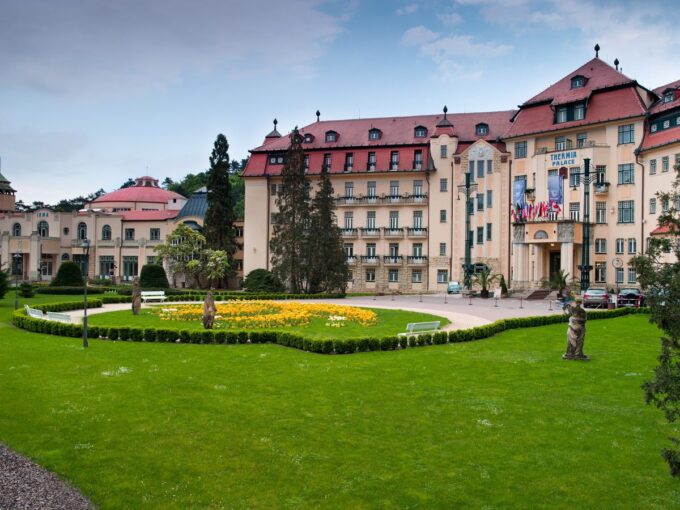 The world famous spa town of Piešťany is situated in the northern part of the region of Dolné Považie at the foothills of the Považský Inovec Mts. and its fame is associated with the medicinal geothermal water and medicinal sulphuric mud. The mud and thermal mineral water in Piešťany have remarkable therapeutic effects on locomotion apparatus disorders and are unique not only in Europe, but worldwide too.

It is the largest and most successful Slovak spa specializing in the therapy of diseases of locomotion apparatus.