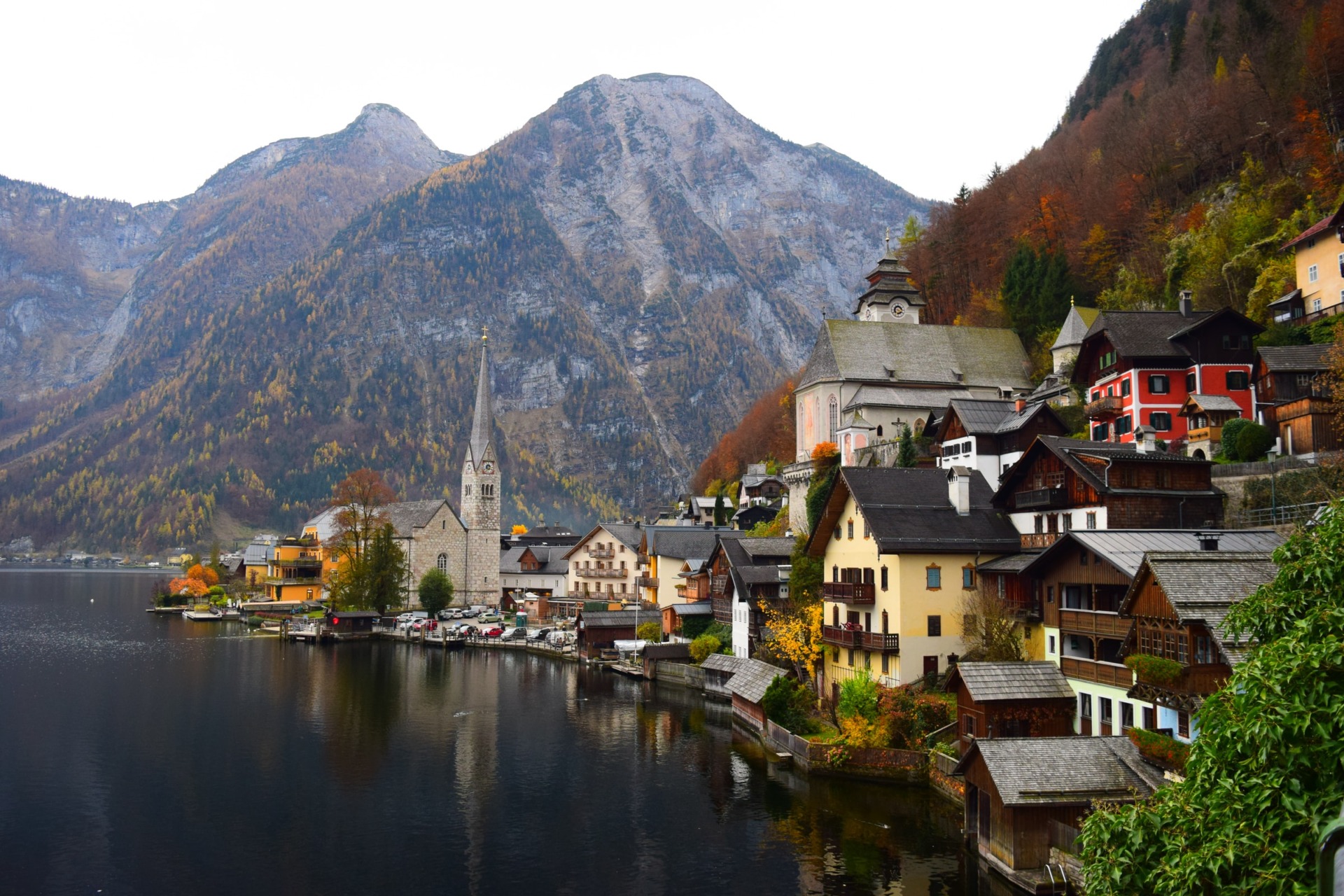 Austria’s largest airport is in Vienna, to which Finnair and Austrian Airlines fly directly from Helsinki. Especially in winter, Austrian Airlines also has flights from Helsinki to Salzburg and Innsbruck. When the destination is in the western part of the country, it is worth flying to Munich and continuing the journey by train.

ÖBB is Austria’s counterpart to VR, with access to the largest cities and also to smaller locations. There are train connections to Vienna from neighboring countries (Czech Republic, Hungary, Germany, Slovakia and Switzerland). High-speed ICE trains and RailJet trains run from major cities such as Zurich, Munich, Frankfurt, Passau and Budapest. Eurocity and Intercity trains connect smaller Austrian cities. Most of the small alpine villages and ski resorts in the countryside are accessible by car only.  Motorways are tolled. 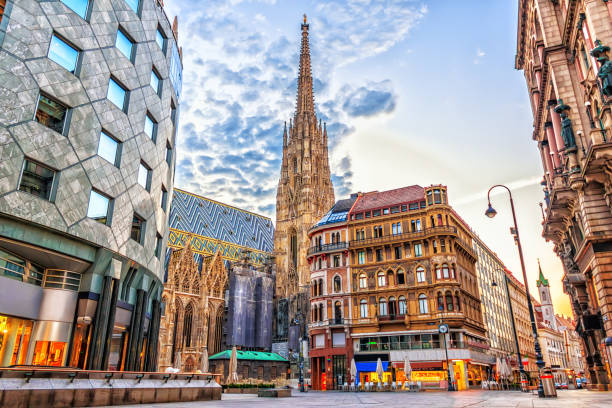 Vienna is Austria’s capital city, with a population of about 1.8 million. Vienna is known for its high quality of life. 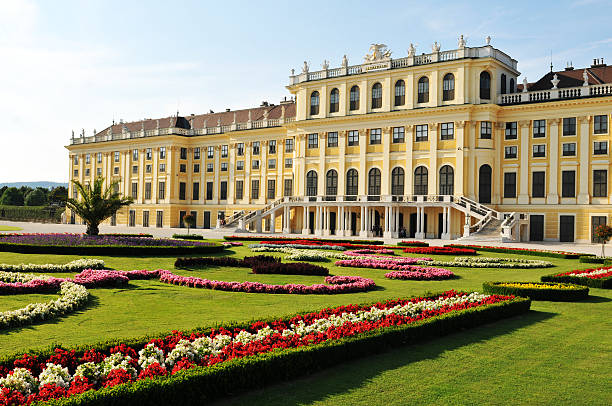 The Cultural World Heritage Site of Schönbrunn Palace is Austria’s most frequently visited tourist attraction. In the palace the residential and state rooms with their original furnishings and decorations convey an authentic impression of the imperial lifestyle. The park and gardens surrounding the palace make Schönbrunn a unique synthesis of Baroque art as well as providing a convenient and highly popular recreational area for Vienna’s population. 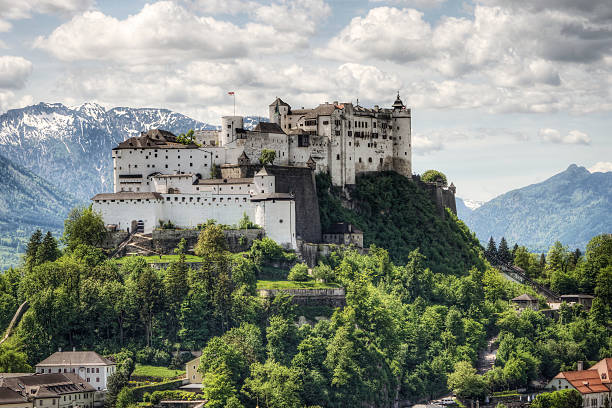 This enormous-looking castle lies atop the Festungsberg, a small hill in the city of Salzburg. Its construction began in 1077 and it served for centuries as the headquarters of the mighty archbishops of Salzburg. With a length of 250 m (820 ft) and a width of 150 m (490 ft), it is one of the largest castles in Europe. It is a remarkable landmark of the Baroque skyline of Salzburg. 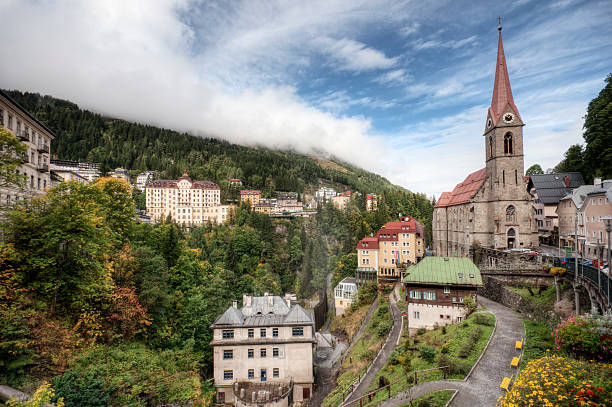 The picturesque spa town of Bad Gastein lies in a valley of the Hohe Tauern range.

The area offers several different forms of relaxation like spa treatment and hiking trips in the beautiful Alpine terrain. The town is also popular because of its winter sport activities and the Bad Gastein and Bad Hofgastein ski resorts are part of the large Ski Amadé region. 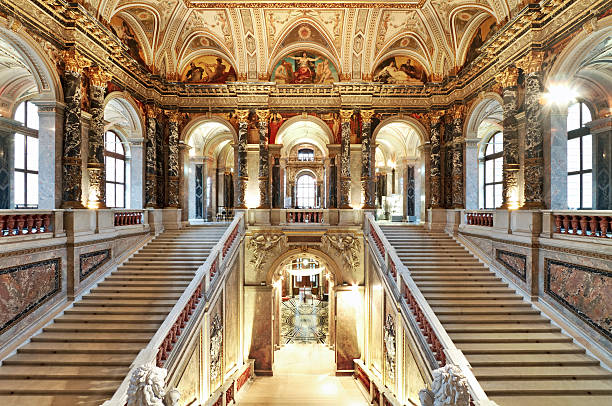 Experience unique major works by Dürer, Raphael, Titian and Velázquez as well as the world’s largest collection of Bruegel paintings, all in a magnificent setting. The Kunstkammer Vienna, featuring the famous Saliera by Benvenuto Cellini, is a veritable universe of art and beauty guaranteed to transform any visit into an unforgettable experience. Included in the ticket are the collections at the Neue Burg on the opposite side of Vienna’s Ringstrasse. Here you will see the instruments used by the great composers and be transported back to chivalrous times when knights held sway and tourneys and hunting shaped courtly life. 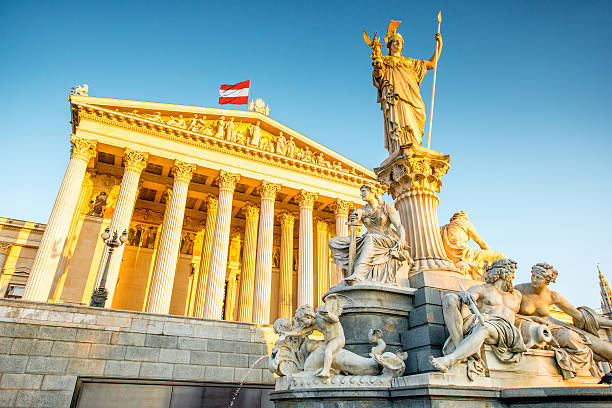 The historic centre of Vienna is rich in beautiful architecture, including Baroque castles and gardens, as well as the late-19th-century Ringstrasse lined with grand buildings, monuments and parks. 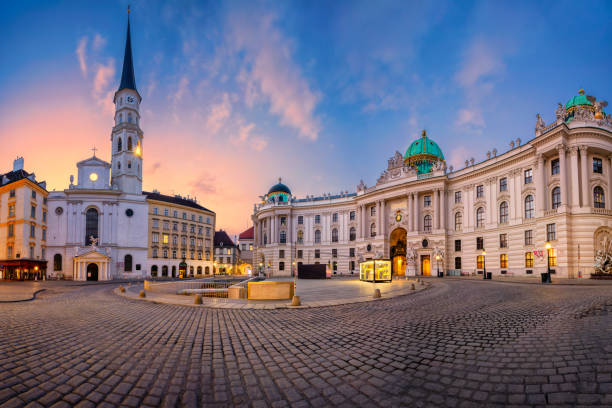 The empire of the Habsburg dynasty ruled from this royal palace from the 13th century until 1918. Today, the Imperial Palace houses Austria’s presidential office as well as an important congress center and numerous art collections. The Hofburg palace has been expanded over the centuries and the palace area includes various residences, such as the Imperial Chapel, the Austrian National Library (Hofbibliothek), the Imperial Treasury (Schatzkammer), the Burgtheater and the Spanish Riding School (Hofreitschule). 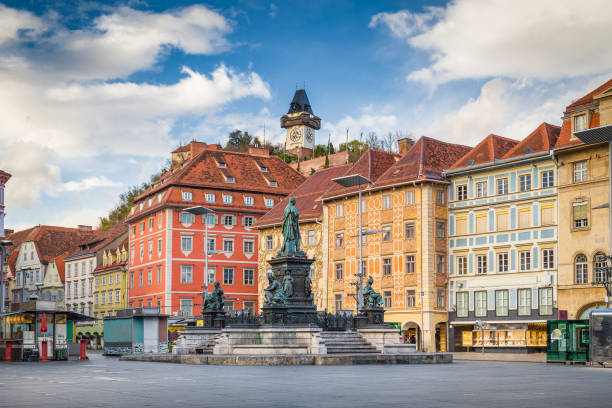 Graz is the capital of Styria and a vivid city full of students thanks to its six universities. It was added as a UNESCO World Heritage Site in 1999 and was the European Capital of Culture in 2003. Notable must-sees include the fortress hill Schloßberg, the world’s largest armoury Landeszeughaus and an artificial island Murinsel. 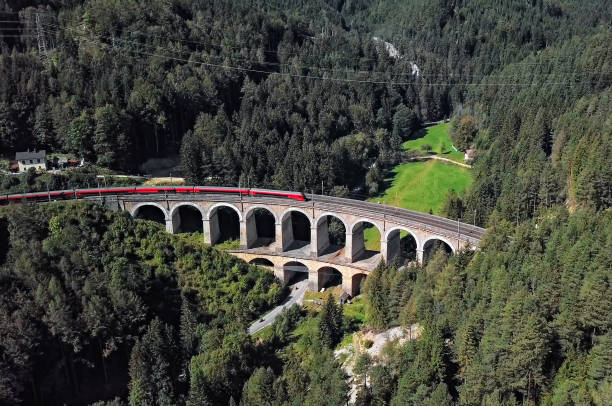 The construction of the Semmering railway began in 1848; a huge undertaking with about 20 000 workers. The 41 km long route has been purposefully made to be beautiful, curving through the magnificent mountains on viaducts, next to picturesque forests and villages. The railway was a technological marvel at the time of its construction, requiring new techniques to build both the rails and the locomotives needed to traverse the tight curves and steep inclines. The Semmering railway became a UNESCO World Heritage Site in 1998 and remains an astonishing attraction to those who want to travel through Austrian nature and witness its full beauty. 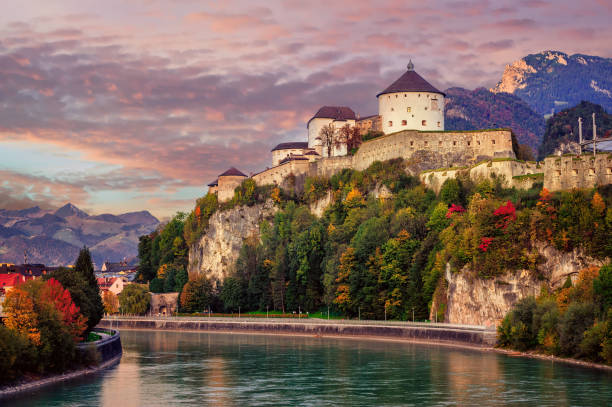 This fortress situated on a hill was first mentioned in 1205, serving at the time as the headquarters of the bishop of Regensburg. In the Duke of Bavaria Louis VII reinforced that.

The fortress also served as a famous prison for political dissidents during the Austro-Hungarian Empire’s rule. Currently it houses the City Museum of Kufstein and serves as a space for concerts and conferences. 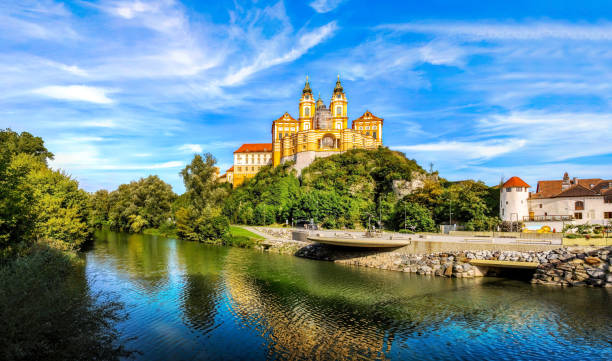 On a rocky outcrop facing the beautiful Danube river, lies the Benedictine abbey of Melk. Founded in 1089, it is one of Austria’s oldest monasteries and it is a burial ground of several members of the House of Babenberg, Austria’s first ruling dynasty.  Including a garden and a forest, the monastery is a gorgeous landmark and it is even minted in one of commemorative Euro coins of Austria. Seasonal cruises down the river also make a stop in this area. 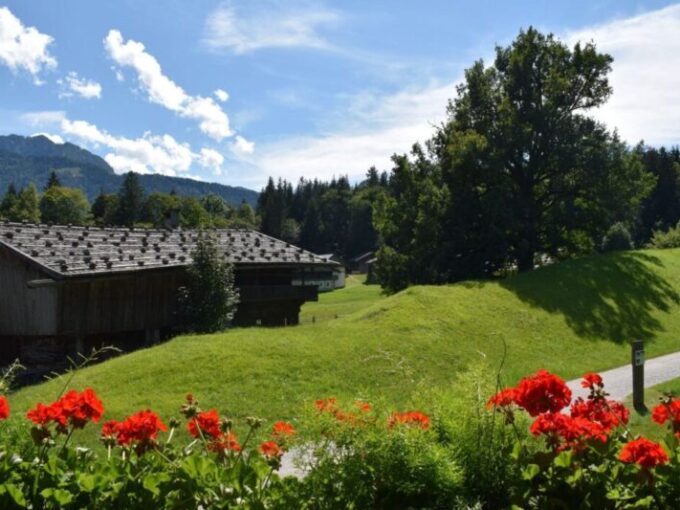 The Tirol Farmstead Museum in the town of Kramasach affords a unique trip to rural Tirol.  The area contains 14 relocated heritage buildings and authentic farmhouses from all parts and valleys of Tirol. Here they have been preserved and restored. Since 1974, visitors have been welcome to participate in tours to the restored farmhouses including the period outbuildings. Video projections on the walls of the farmhouses give a remarkable view into history and the habits of the Tirolian countryside. The museum also offers educational programs for children. 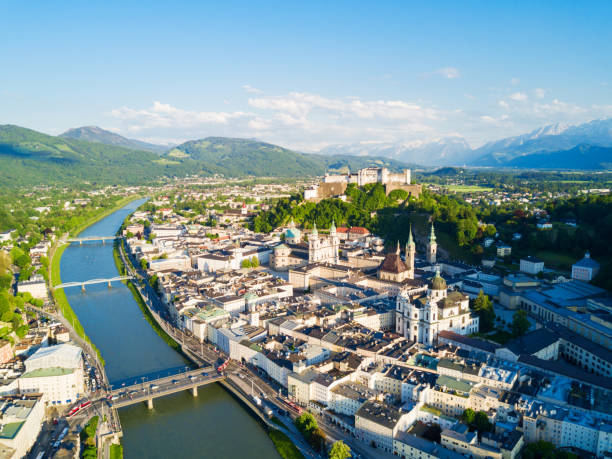 Busy Altstadt, the old town, centers on Getreidegasse, a narrow, pedestrian street with shops selling folk costumes and antiques. Mozart’s Birthplace has exhibits on the composer’s early life. The Domquartier includes the domed 1600s Salzburg Cathedral and the baroque Residence, with art by Rembrandt and Rubens. A steep path and a funicular lead to Hohensalzburg Fortress, with several museums and city views.