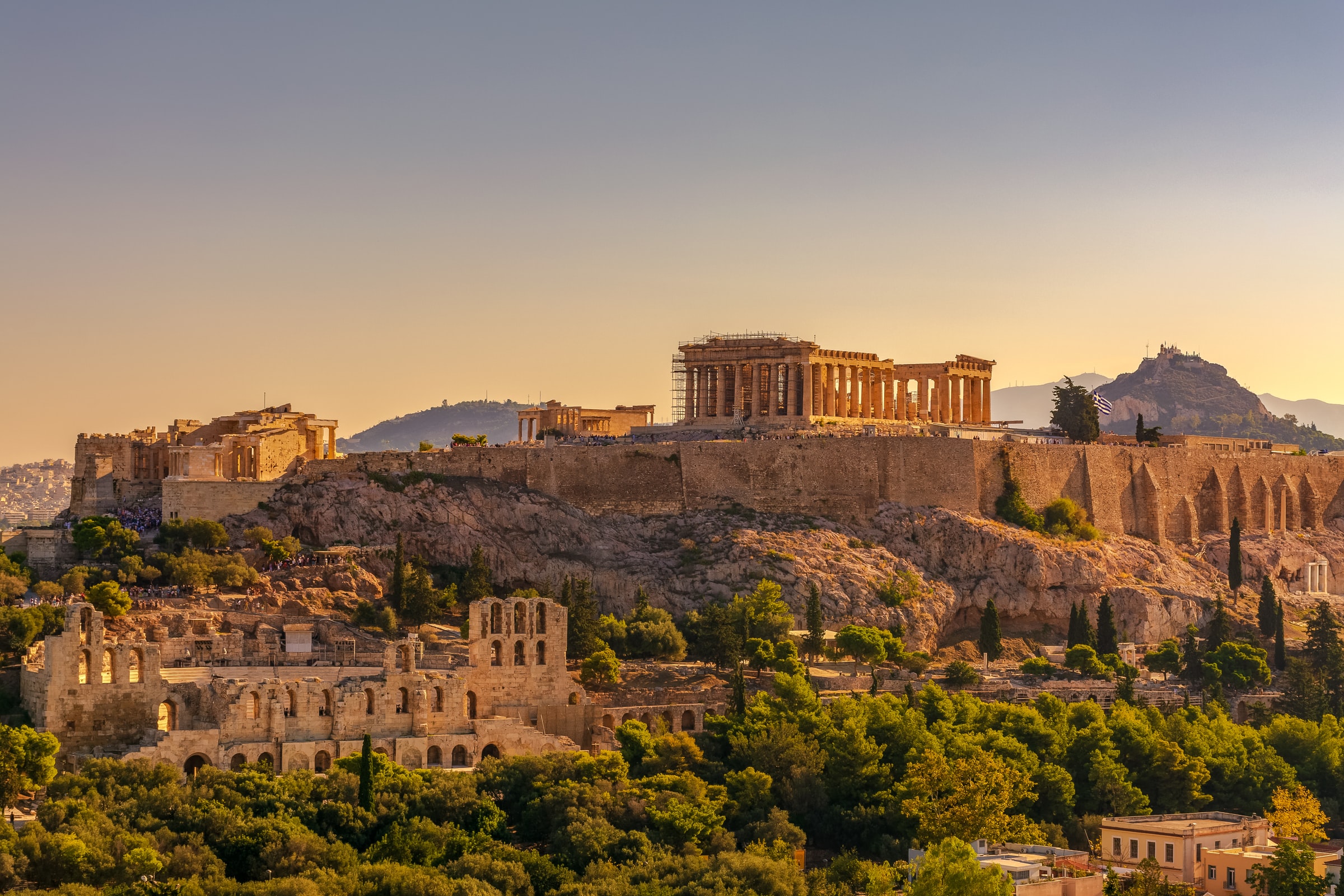 Finnair and Norwegian have direct flights from Helsinki to Athens. Finnair also has flights to Crete.

In Greece, there are ferry connections between the islands. Many companies operate from Piraeus around the archipelago: Blue Star Ferries, Anek Lines, Hellenic Seaways and Minoan Lines.

Athens is one of the oldest cities in the world, and has been one of the centers of Hellenic civilization over 3000 years. It is located on the central plain of Attica, bounded on three sides by Mt. Hymettos, Mt. Parnitha and Mt. Pendeli. Athens has about 3 million residents.

City has been continuously inhabited for at least 7000 years. By 1400 BC the settlement had become an important centre of the Mycenaean civilization. By the mid-4th century BC, the northern Greek kingdom of Macedonia was becoming dominant in Athenian affairs. It became one of the most important cities of the Byzantine Empire, until  it was conquered by the Ottomans in 1458. Athens became the capital of independent, unified Greece in 1834. 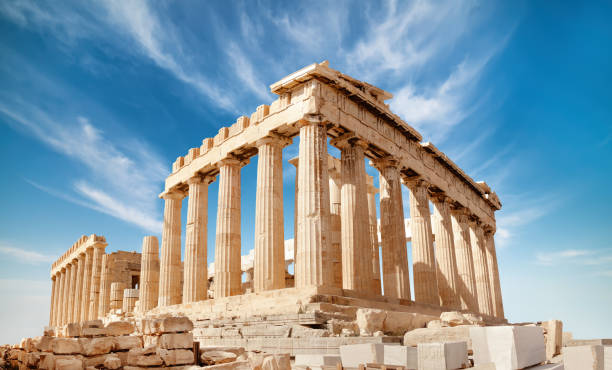 As one of the well-known examples of archaelogical sites of Greece, Akropolis of Athens speaks best for itself – also as an UNESCO World Heritage Site. Its current architecture evolved mainly between 460–430 BC and it consists of 21 archaelogical attractions, included famous Doric Parthenon temple, Temple of Athena Nike and the Propylaea gate serving as only entrance to Akropolis. 90 meter high hill gives a great panorama view over the Athens valley. A must-see for a history enthusiast. 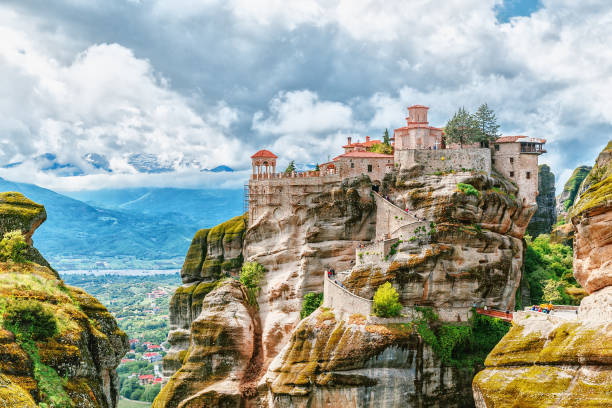 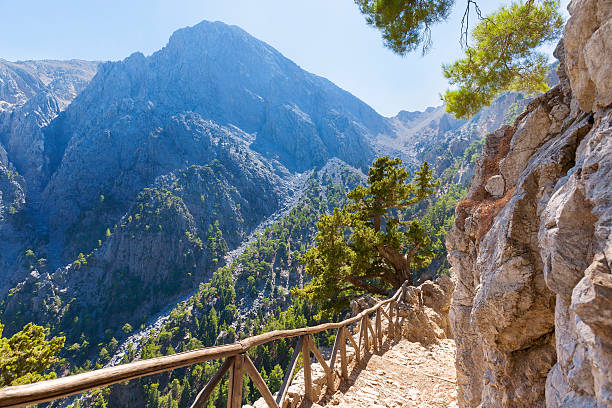 This majestic gorge offers a great terrain for a hiker in good physical shape. Situated in the White Mountains (Lefká Óri), inside the Samária Gorge National Park, the gorge is 16 kilometres long hiking route sharing beautiful and barren Cretan terrain,  with a chance to see a rare Cretan kri-kri goat and visit in abandoned village of Samária. One of the best routes is down the gorge from the Omalos plateau to Agia Roumeli on the Libyan Sea. 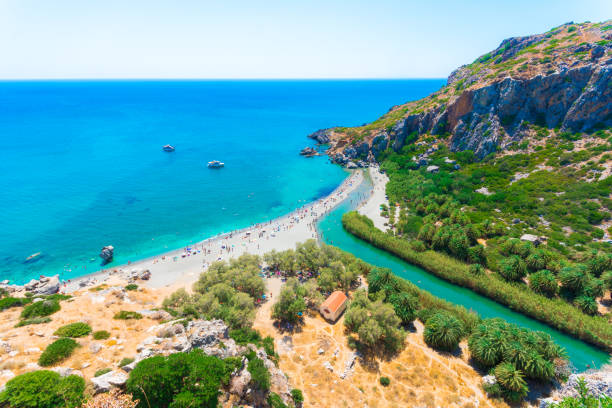 With a river lagoon and picturesque palm forest this beach is among the most beautiful of the kind in Crete. The beach is reachable only by foot or boat. There are two footpaths leading to Preveli Beach, one from the idyllic Preveli monastery (west) and the other from Drimiskiano Ammoudi (east), both are only a few minutes walk. Some cruises start from Plakias or Agia Galini to bring visitors to Preveli Beach, which can be fairly crowded during the high season.

In the Odyssey, Homer refers to Sounion as “the sacred cape of the Athenians”, which combined with archaeological finds confirms that the site was a place of worship long before the construction of the first temples in the sixth century BCE. It is indeed an ideal place to host a sanctuary dedicated to the god of the sea. 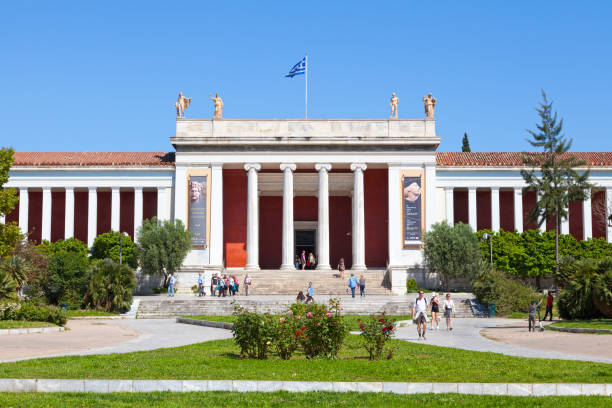 This art museum (Michalakopoulou 1) houses the collection of art made between the 14th century and the 20th century, mainly focusing on Greek art made after the Byxzantine regime but also having Renaissance works from various European artists. 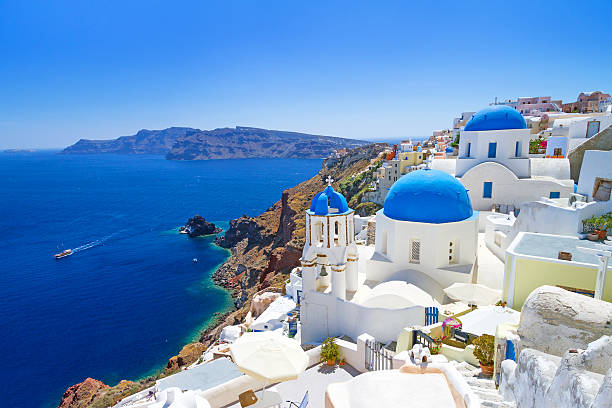 The Volcanic island of Santorini in the southern Aegean Sea is a famous part of Greek archipelago and has been inhabited since ancient history. It has approx. 2,000 permanent residents and its capital is Fira. Its beachlife is concentrated on Kamari and Perissa, dark volcanic rock beaches are warmingly very hot and a visitor should wear flip-flops during the sun-bathing and swimming.  Tourist season in Santorini is most vivid in midsummer,  when Kamari and Fira are the centers of the island’s nightlife. Bus travels of the island are relatively cheap, appr. 1,5-2 euros. 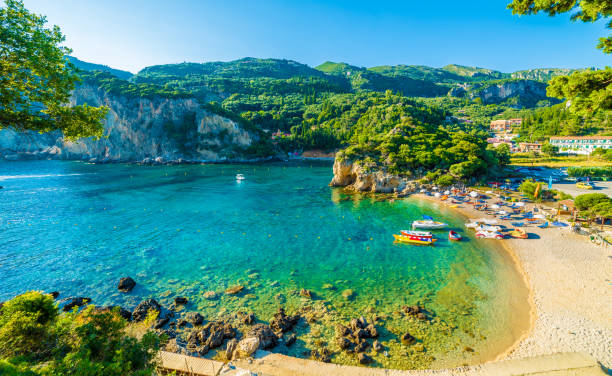 This island is the center of the Ionian Islands and a famous tourist resort. The main city and administrative center of the island  (pop. 32, 500) is also named Corfu. The main attractions of the island include e.g. the Venetian Palaio Frourio fortress and the Palace of St. Michael and St. George Palace in Corfu, the Achilleion palace in Gastouri and the beach resort of Kavos. 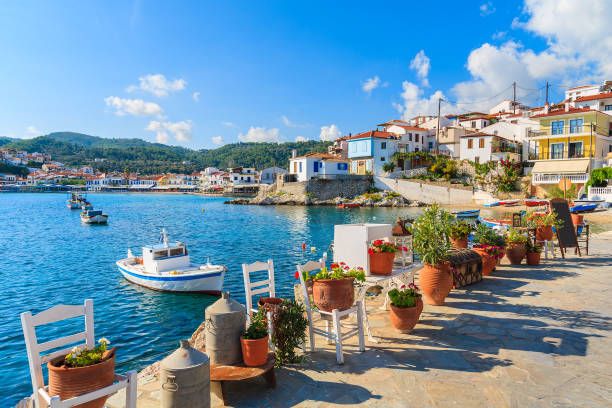 Located on the eastern side of the Aegean Sea and near the coastline of Turkey, the island of Samos is a beautiful seclusion of Greek archipelago. Its administrative district is an eponymous town of Samos with appr. 6,300 residents. Island is a well-known beach resort and it has over 200 sand beaches, most remarkable among these are Psili Ammos between Vathi and Pythagorion,  and Tzamadou, known among the nudists.  Nightlife is concentrated in Samos town. Other attractions are e.g. the 2,500 years old Eupalinian aqueduct  in Pythagorion, the The Heraion of Samos sanctuary and the volcano cave in Votsalakia, which was once home of Greek mathematician Pythagoras. 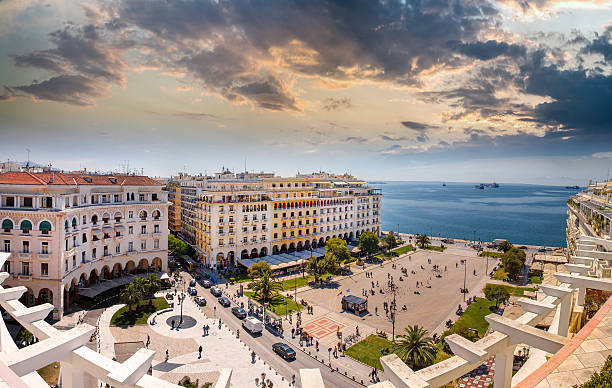 Thessaloniki is slightly less known as a Greek tourism sight, but that does not remove its elegance and historic atmosphere. It is the second-largest city in Greece and the center of northern Greece, located on the northern fringe of the Thermaic Gulf on its eastern coast and bounded by Mount Chortiatis on its southeast. It has about 380,000 residents,  having over 1 million people in the whole metropolitan area. 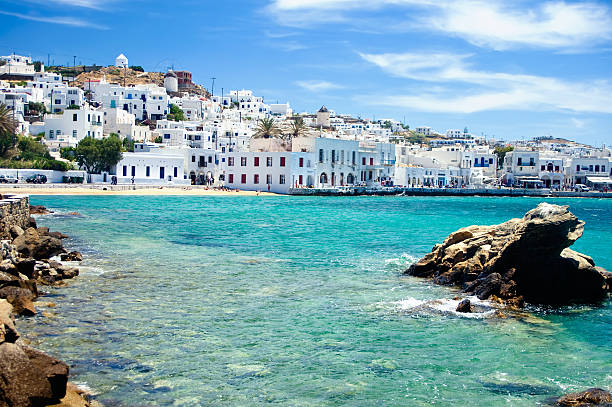 Famous for its minimal Cycladic architecture, Mykonos is full of traditional whitewashed houses and blue-domed churches. The trademark of the island, though, is the beautiful traditional windmills in front of Little Venice, where you can also enjoy the magical sunset and capture the colorful light washing up the island’s Chora (main town). 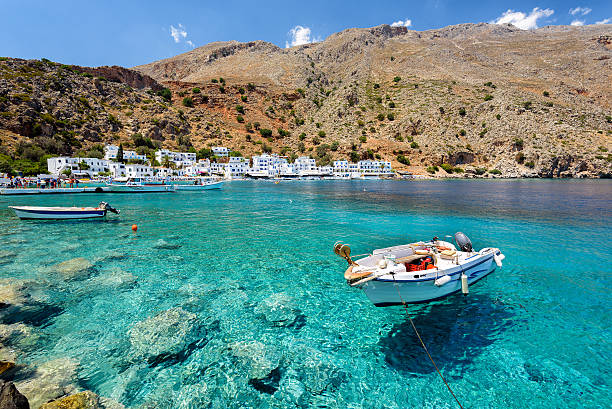 The birthplace of both the king of the Olympian gods and of modern European civilization, Crete is a Mediterranean jewel. It’s rich with archaeological and mythological history that’s reflected in its ancient ruins and cultural attractions. The awesome Minoan ruins of Malia date to 1900 BC, and majestic Mt. Ida is said to be home to the cave where Zeus was born.