The airports are mainly located on the Costa del Sol (Málaga, Mallorca), in the Canary Islands or near major cities (Madrid, Barcelona). Finnair has direct flights from Helsinki to Madrid and Barcelona, as well as several leisure flights to the Costa del Sol and the Canary Islands. Norwegian has flights from Helsinki to Barcelona, Madrid and Malaga, and from Turku to Alicante. Several flights are available during the summer. Ryanair has trips from Tampere to Málaga. 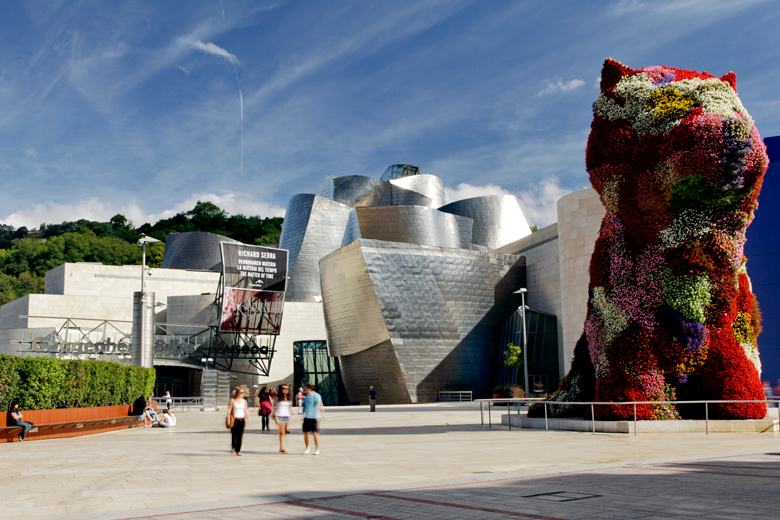 As a quote from the museum homepage says: ”Hailed as the most important structure of its time when it opened in 1997, Frank Gehry’s Guggenheim Museum Bilbao has changed the way people think about museums and continues to challenge assumptions about the connections between art, architecture, and collecting. ”. The remarkable museum complex has regenerated the whole Basque Country. Museum holds artworkwork by modern and contemporary Basque and Spanish artists as well as works by Anselm Kiefer and Andy Warhol. The ultimate sight for a person who appriciates modern art. 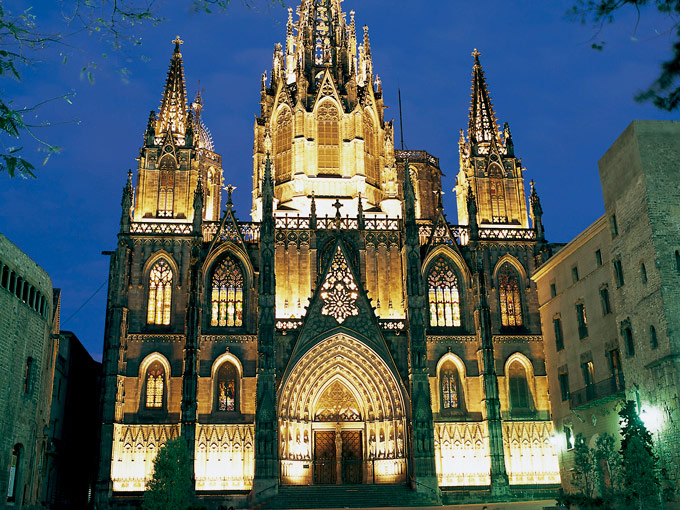 This majestetic district lies in the oldest part of Barcelona. Its architecture really catches one’s eye, while its labyrinthine streetplan offers exotic experiences for a pedestrian. Some of its buildings date back to the Roman era, but most of the notable ones are medieval. The heart of the nightlife its the Plaça Reial square with its clubs. Other landmarks are the Temple of Augustus and The Cathedral of the Holy Cross and Saint Eulalia. 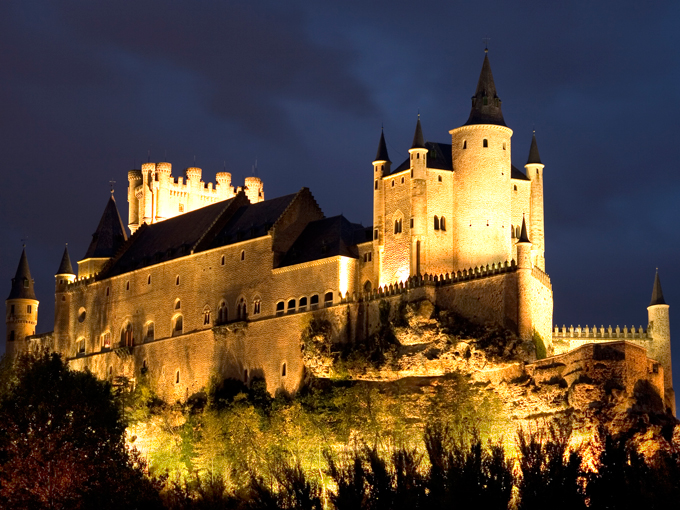 Located on a rocky crag in the charming city of Segovia, Alcázar was originally built as a fortress shaped like a ship. It has also served as a royal palace, a state prison, a Royal Artillery College and a military academy. Notable attractions include the Throne Room, the Mooris-influenced gardens and the Hall of Ajimeces, with its fine artworks. Visiting hours 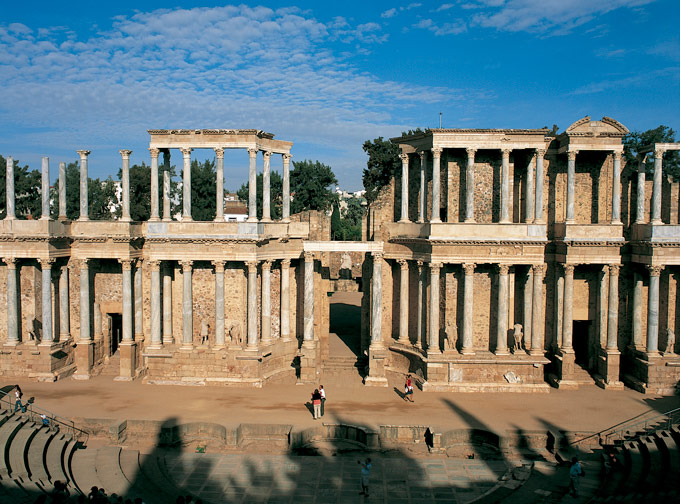 The Roman Theatre of Mérida (UNESCO)

This glorious antique site was built by the Romans between 16 and 15 BCE. One of its most remarkable renovations took place at the end of the 1st century or early 2nd century CE, when the current rear facade was erected. At the time, its seating capacity was 6,000. The excavation work of the theater began in 1910, directed by the archaeologist José Ramón Mélida. Today this ruin is one of the most remarkable antique sites in Spain and has been a UNESCO World Heritage Site since 1993. 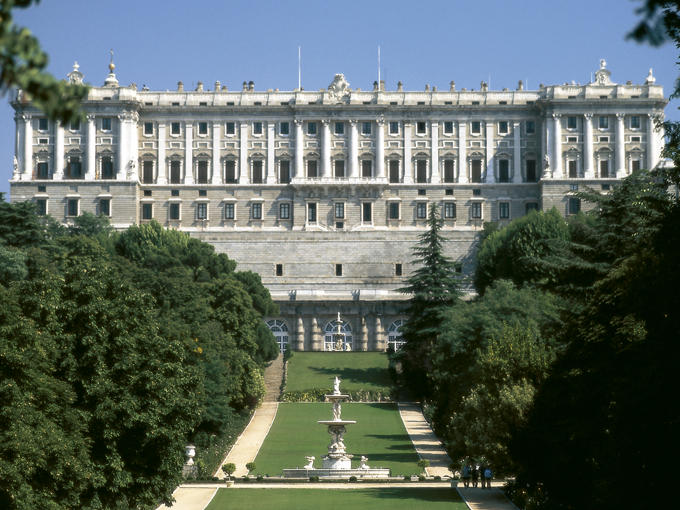 The Royal Palace Of Madrid

This magnificent castle is the official residence of the Spanish Royal Family, but it is only used for state ceremonies. With a 135,000 m2 floor area and containing 3,148 rooms, it is the largest palace in Europe and has plenty of space to explore. The palace is well-known for its gorgeous art collection, containing works from artists like Caravaggio and de Goya. Other important collection is housed by the Royal Armoury of Madrid, where is world’s only complete Stradivarius string quintet. Guided tours are available. Visiting hours 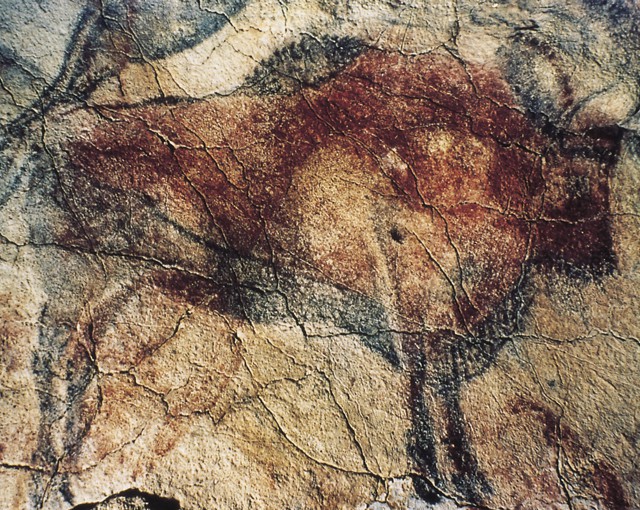 The Museum of Altamira

The Museum of Altamira shows visitors many attractions centered around the art of the Altamira Cave and the Palaeolithic age. It also has a research center for cherishing one of the most ancient cave painting sites in the world. The museum has a Palaeolithic venue and a reconstruted home of the people of that era. A great sight for the whole family. Visiting hours 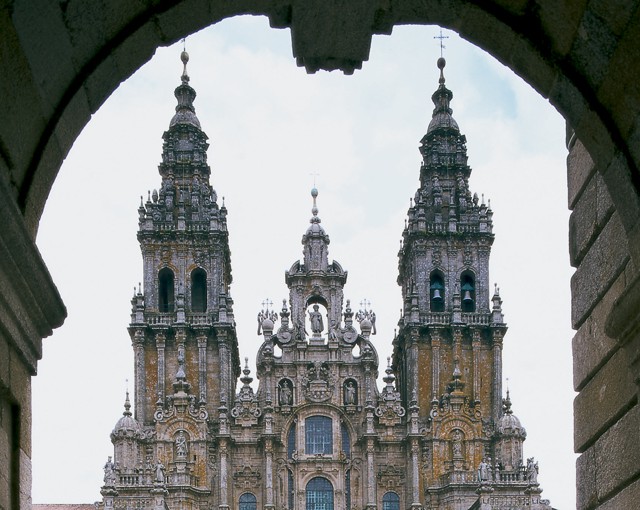 Santiago de Compostela is the idyllic capital of Galicia and has approx. 95,000 residents. It is famous for housing the shrine of Saint James the Great, in the city’s cathedral, and being the final destination of the Way of St. James Catholic pilgrimage route. In addition to the cathedral, other important attractions are the 16th century Baroque Church of San Martín Pinario, the City of Culture of Galicia and the Galician Center of Contemporary Art. 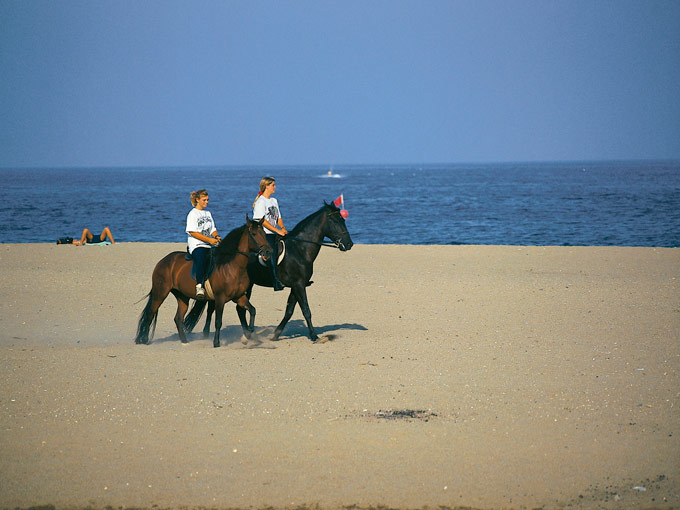 This famous family-friendly beach resort is a part of the Costa del Sol. The municipality of Fuengrirola has approx. 71,500 residents. It has an over 8 kilometres long stretch of sandy beaches and a zoo. Notable sights include the Sohail Castle, the Roman Theatre and the Reservatauro Ronda park. 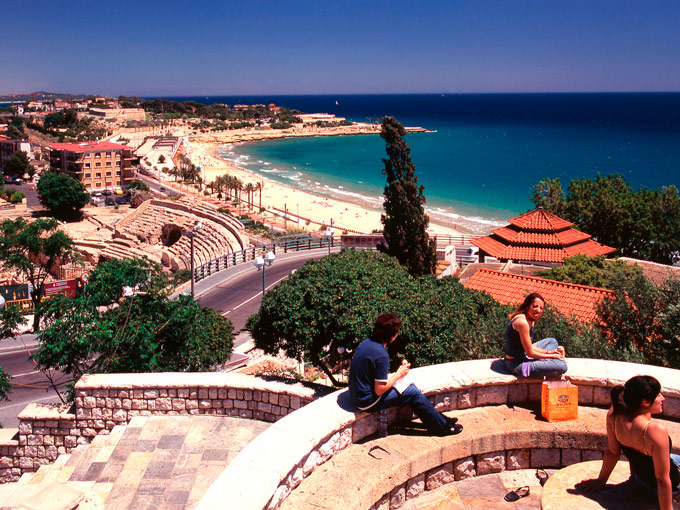 The Catalan city of Tarragona is a port and a vivid university town with 132,000 residents. It is well-known for its Roman ruins and has been a UNESCO World Heritage Site since 2000. Its main sights are e.g. the archaelogical museum, the cathedral and the Roman walls. 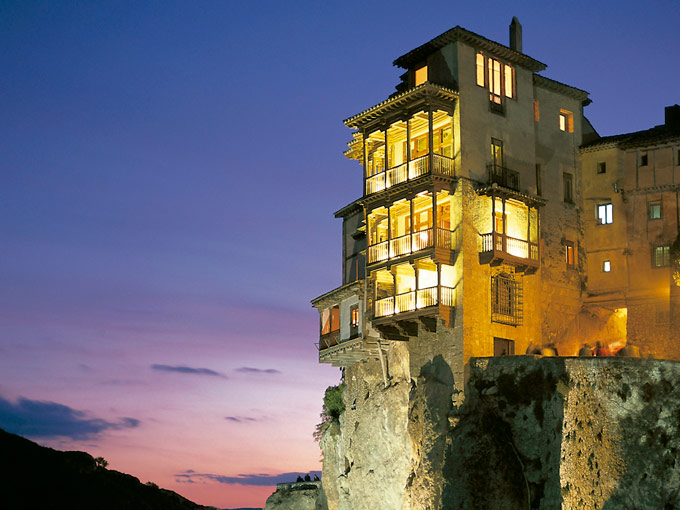 This Castilian town is a popular day-trip sight from Madrid and known for its parks and festivities. It has approx. 57,000 inhabitants. Its main sights are the Hanging Houses, the Mangana tower and the Spanish Museum of Abstract Art. 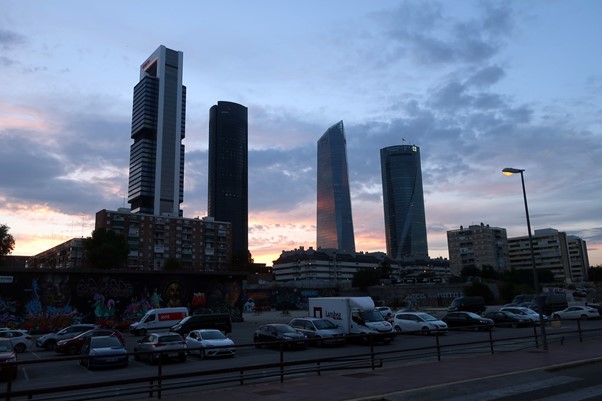 This area in Madrid has the four tallest buildings in the country, and some of the largest in the entire European Union. The tallest skyscraper is the 250 meters high Torre de Cristal, designed by Cesar Pelli. While it has a rather unique design, it is still surpassed in that aspect by the Torre Espacio, with its weird twisting design that looks like half the building is round and half is square shaped. It was imagined by the American architect Henry Cobb and features the embassies of several countries. The weirdest looking of the three skyscrapers is probably still the Torre Cepsa, designed by Lord Foster. It looks like a tall structure that somebody inserted three whole buildings into. The Torre PwC is probably the simplest looking of the four, but the five-star hotel that occupies most of the building and the panoramic restaurant can still interest visitors. Together these four architectural marvels represent the most impressive modern design one can find in the European Union.

More info about Spain in eurotourtrip.eu